Sanctions Do Not Apply to Repatriation 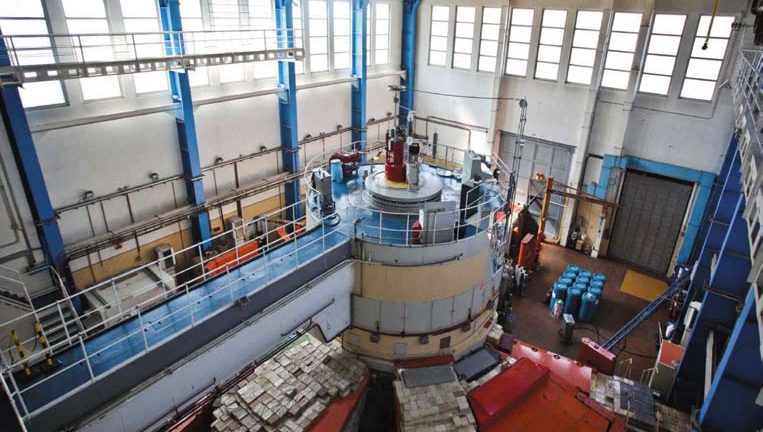 Sanctions Do Not Apply to Repatriation

Why is highly enriched uranium taken out of research reactors?

In August 2002, the Vinca Institute of Nuclear Science in Belgrade shipped 5,046 fuel cells, or 48 kg of highly enriched uranium, back to Russia with the utmost secrecy and under IAEA control. Thus, Serbia became the first country to participate in the Russian Research Reactor Fuel Return Program. In the mid-20th century, the Soviet Union and USA were actively promoting nuclear science and built research reactors all over the world. Basically, a research reactor is a neutron source used for a variety of purposes, such as research in nuclear power, fusion or environment, analysis and tests of materials, radioisotope production and medicines.

Trilateral negotiations between the IAEA, USA and Russia on the repatriation of Russian, or even Soviet, HEU fuel began in 1999. One year later 14 countries agreed to return it to the producing country for reprocessing. The agreement was signed in 2004 to kick off the project called the Russian Research Reactor Fuel Return (RRRFR) program.

“The HEU issue dates back to the time when research reactors were built on a massive scale,” explains Igor Gusakov-Stanyukovich, Technical Director of the Federal Center for Nuclear and Radiation Safety. “Research reactors fueled by highly enriched uranium are relatively cheap. Nobody gave a thought at that time how fuel would be handled later and what threat it would pose.” 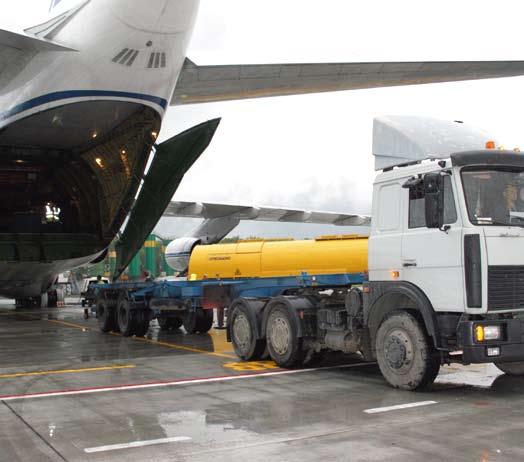 Rosatom Group companies are responsible for the transportation and disposal of HEU fuel in Russia, and production of LEU fuel. Safety is the main principle of fuel transportation

How was the hazardous cargo transported?

It was 2002, almost two years before the RRRFR agreement, when the Balkan Crisis raised fears that the Serbian uranium would be used for purposes other than research. In fact, Serbia had long been prepared to return its fuel as the research reactor in the Vinca Institute of Nuclear Science had not been operated for 20 years.

The reactor was started up in 1959, and nothing has been changed in its control panel since then. It could be a good exhibit in a museum of experimental physics as there were only three similar heavy water reactors fueled by highly enriched uranium – in Russia, China and here in Serbia.

Another problem faced by the Vinca Institute was even more serious than HEU repatriation. This problem was spent fuel that had accumulated in the nuclear fuel storage pool since the reactor startup. The storage conditions were inadequate and water activity measurements proved the situation was getting worse each year. The project run-up stage lasted several years. Sophisticated equipment for spent fuel repackaging was designed and produced at the research and development company Sosny.

“We used almost all available casks,” says Miodrag Milosevic, Head of the Department for Development and Application of Nuclear Technologies. “They were brought to Serbia from different countries as the agreement provided for a single shipment of all spent fuel – 8,030 fuel cells!”

When all of them were packaged and ready for dispatch, the Serbian President said he had been waiting for this moment for 26 years.

In November, trucks delivered the cargo to the railway station. A month later it arrived at reprocessing facilities of Mayak Production Association.

Russia has produced a new type of LEU fuel designed to replace HEU fuel in Soviet-built research reactors abroad. Dmitri Krylov, Project Manager for Nuclear Fuel for Research Reactors and Low Capacity NPP at TVEL, explains, “Replacement LEU fuel should have the same geometry as HEU fuel to avoid reconstruction of existing reactors and reactor cores. It should also have the same physical properties, particularly neutron density, so that the reactor fulfills its original purpose. The task is solved through appropriate uranium concentration – we decrease uranium enrichment and increase its concentration in the fuel composition. 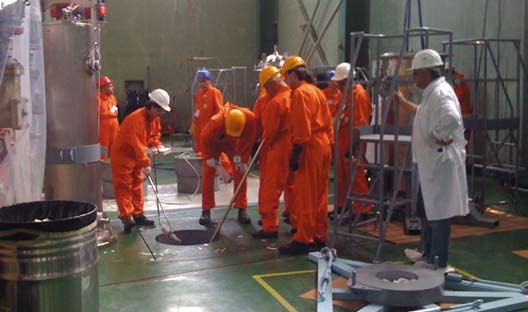 «For example, it was decided not to shut down the research reactor in Budapest and fuel it with a HEU-LEU mixture during the conversion period. Physicists developed a specific procedure to gradually replace fuel assemblies. It was complicated by a different number of fuel assemblies in HEU and LEU designs. Ferenc Gajdos, Head of the Research Reactor at Wigner Research Center, says, БsWe had 228 HEU and 190 LEU assemblies. So, we chose 38 assemblies and gradually extracted them until we had 190 assembles in the core. It was convenient for operators and researchers, but not a simple task for physicists.»

The reactor in Budapest was converted to low enriched uranium (19.75% of U-235) after 18 kg of fresh HEU fuel was repatriated to Russia.

By sea, train or plane?

Spent fuel repatriation form Budapest became the first sea shipment under the RRRFR program. This decision was made after negotiations with Ukraine on transit through its territory had dragged on for too long. Overnight into 16 September 2008, spent fuel left the Research Center and was taken aboard in the port of Koper, Slovenia, on the following day. «Safety is the main principle of fuel transportation, and I would like to stress the progress we have made. Before the program began, our transport fleet was mostly tailored to the transportation by rail. Now we are able to transport casks by road and by air,” says Igor Gusakov-Stanyukovich.

According to IAEA, there are about 240 research reactors still operating in the world, with about 360 more already decommissioned. Russia operates the largest number of research reactors, followed by the USA, Japan, France, Germany and China. 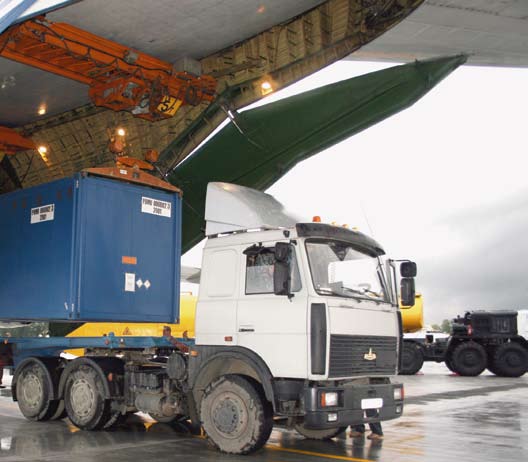 Ewa and Maria from Poland

Where has been Anna, Maria, Agata…but Ewa was the first. It was the first Polish experimental water atomic reactor (hence Ewa). And it set the tradition of giving female names to reactors in Poland’s National Center for Nuclear Research. When a more powerful reactor was built in 1966, no one argued to name it in honor of Maria Skłodowska-Curie. Ewa was shut down long ago, bequeathing spent fuel to the nuclear research center. Maria, which was still working, kept on filling the storage pool year by year. The decision to repatriate spent fuel to Russia was made in 2005.

“Fuel assemblies were cooled in the pool; then fuel rods were extracted from assemblies and cut into pieces under water as they were too long to be placed in casks. For safety, water should be at least 4 meters deep,” says Grzegorz Krzysztoszek, Director of Nuclear Energy Department at Poland’s National Center for Nuclear Research.

Ewa’s spent fuel was packaged into casks in the old reactor hall, with the floor strengthened and extra safety measures taken. By the way, the fuel assemblies were so old that their numbers were blurred and shipment documents were lost. People said, probably joking, that they even had to consult retired engineers from the Kurchatov Institute who developed the fuel.

The repatriation route from Poland to Russia was rather complicated and differed much from what was used in other countries. The initial route went through Ukraine but no agreement was reached with national authorities. Engineers had to use three modes of transport – spent fuel casks were first transported by road to the nearest railway station in Warsaw, taken by train to the sea port, then by sea and again by train to the Urals. This process was repeated seven times as so much fuel had accumulated in the Research Center.

Russia has already repatriated a total of 1,930 kg of HEU fuel and much more LEU fuel. The RRRFR program was originally planned to be completed in 2016 but Russia and the USA extended the agreement till 2024. The document was amended to incorporate a new definition of spent nuclear fuel, which now includes its liquid form. 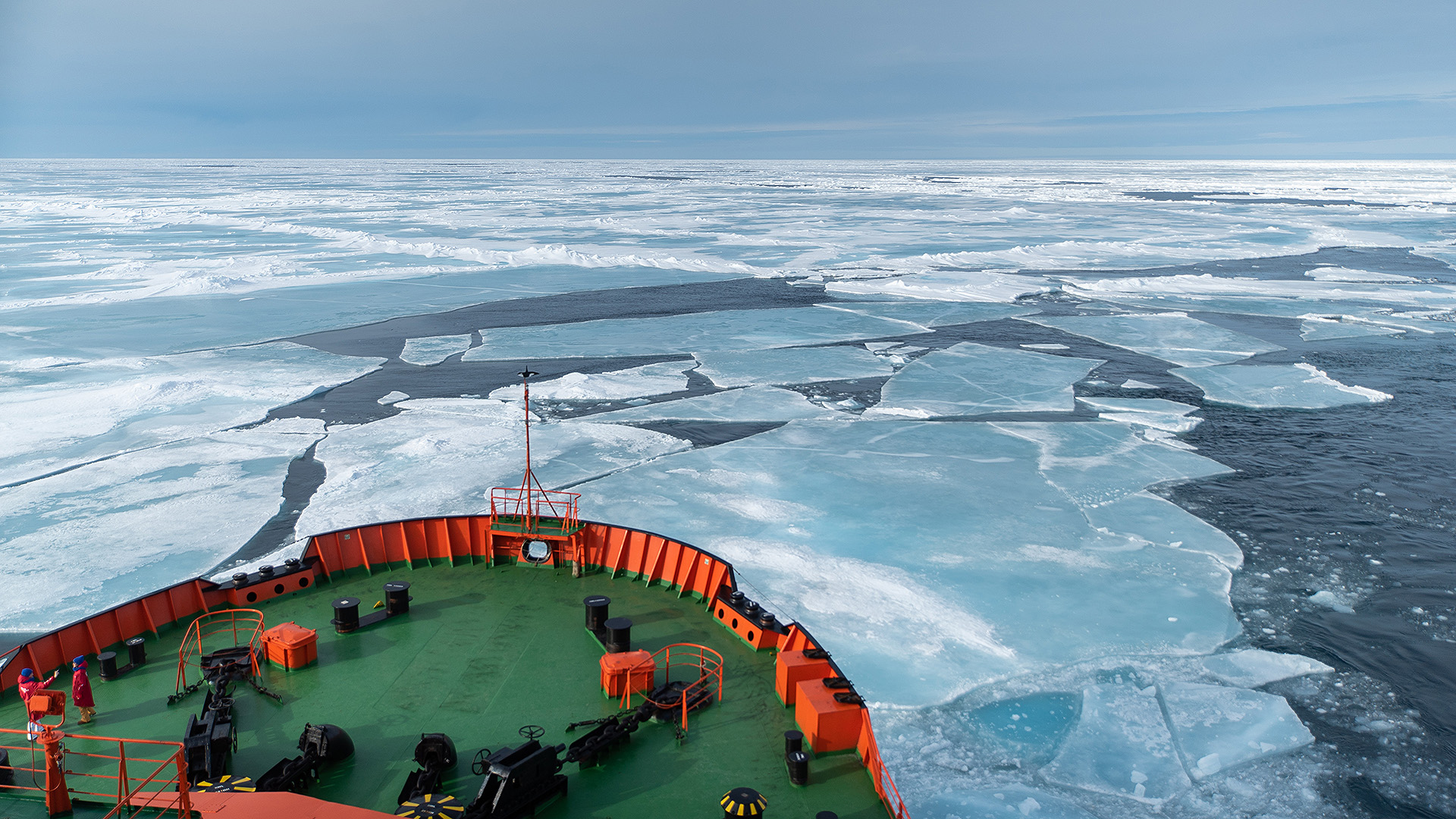